The event began with the reading of a children’s story about veterans. Randall then spoke, sharing his reasons for joining the National Guard.

A native of Elmo, he went to basic training between his junior and senior years of high school. His father, a veteran, served as an example for him and helped him in forming his decision to join the military.

Having served in Kuwait, Iraq and Afghanistan, Sergeant Major Randall has had many different experiences in his service. He shared video presentations from his tours in Iraq and Afghanistan. To end his remarks, he invited one of the children to wear part of his uniform.

The presentation concluded with a tribute to veterans and heroes. Everyone in attendance was invited to write the name of one of their heroes on a paper and tape it to a balloon. The audience then moved to the Veteran Memorial where “Taps” was played. The balloons were then released. 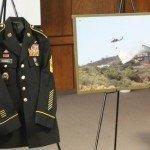 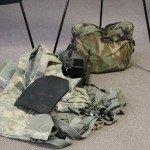 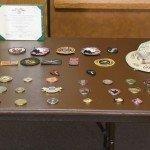 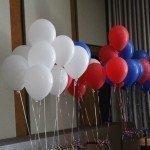 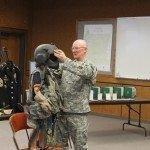 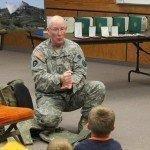 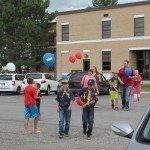 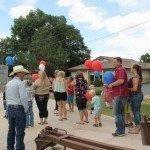 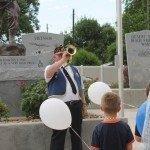 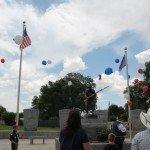 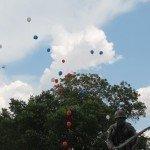 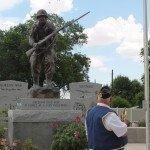