The banquet, now in its 13th year, boasted a cruise to paradise theme. Guests from the local energy producers, media entities and other supporting businesses made their way to paradise when they walked through the doors of the Carbon County Event Center.

The captain of the ship, local radio talent Frank Ori, guided guests throughout the evening’s events. Following a meal, those in attendance took time to honor and applaud the 2017 SEUEPA Lifetime Achievement Award recipients.

“A Lifetime Achievement Award recipient is a person, family, or business that has made significant contributions in the energy industry,” SEUEPA’s website shares. “Awardees are selected annually by the SEUEPA Board of Directors.”

This year, SEUEPA bestowed the honor to Jerry Carlson and Ellis Pierce.

First to take the stage for this recognition was Carlson. Born in Price in 1949, Carlson few up in the coal camp of Wattis, Utah, where his father and grandfather were coal miners in the coal camps of Castle Gate and Wattis. After attending Carbon High School, the College of Eastern Utah and Weber State University, Carlson took position in the coal mines of Kaiser Steel, U.S. Steel and U.S. Fuel.

In the 70s, Carlson made the decision to become his own boss as he co-founded Western State Hydraulics, establishing a successful career in the energy industry.

Carlson has been married to 44 years and he and his wife are the proud parents of five children and over 20 grandchildren, which, to date, has been deemed his “greatest achievement.”

Next, attendees took time to honor Pierce, who has been well known for his undertaking of Golden West Industries, Inc.

In 1956, Pierce could be found working for Wilson Anderson, delivering petroleum products in Carbon and Emery counties. Along with a two-year stint in the U.S. Army, Pierce worked with Anderson for years before he retired and allowed Pierce to purchase the business.

“I want to recognize my family for their support and receiving much of the burden on me,” Pierce said. “Kris is remarkable at her administrative duties with all our companies. Jason does an outstanding job as Vice President of Global Markets. Prior to Kim venturing into her own new career as President of an over the road trucking firm, she worked side by side with me for 35 plus years. I am very proud of them and their accomplishments.”

Pierce is married to Cindi and together they have six children, 14 grandchildren and two great-grandchilden.

To complete the evening, attendees were treated to entertainment by Kendrick Zane, a well-known performer at the legendary Keys on Main Piano Bar in Salt Lake City. One lucky couple also walked away with a seven-day Caribbean Cruise. Out of the hundreds of names, the Hardy family, Danielle and Marcus, was drawn to win the giveaway.

“It was well supported and we had many new members and government officials attend,” said Karra Hillam, SEUEPA Director and event organizer. “There is new hope for success and growth in the energy industry, and that is worthy of celebration.” 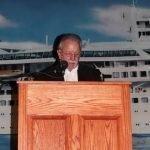 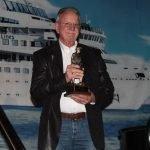 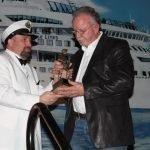 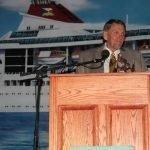 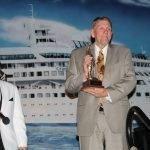 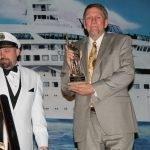