The Smile If You Checked Yes webinar was hosted on Wednesday morning to shed light on an important topic: organ donation. With the number of individuals that are on the national transplant waiting list, it can often feel overwhelming.

Driver’s License Division employees are making a difference for those that are on the transplant waiting list by always encouraging resident to say ‘yes’ to being an organ donor. For the third year, driver’s license employees throughout the state of Utah will be wearing t-shirts that support the donations on designated days.

In 2020, there were a large number of driver’s license offices in the United States that closed down for a period of time due to the COVID-19 pandemic. However, the Utah offices were able to remain open.

Tracy Schmidt, the Executive Director of Donor Connect, stated that over 95% of people that register to be a donor do so through the driver’s license offices. He said that it is such a critical partnership and the positive nature of the staff is so important. Despite the COVID-19 pandemic, 2020 saw a 20% increase in the number of organ donors and a 25% increase of those that were transplanted.

“Those people who were transplanted, their families are definitely smiling,” said Schmidt. He then remarked that though it was a difficult year, it was wonderful for being able to get those that needed transplants the necessary assistance.

A number of people spoke following Schmidt, including a couple that had lost their son in a forklift accident about 14 years ago. Though they acknowledged that it was a hard choice to make when they were called, they know that he would be very happy to know that some of his tissues were donated to help improve the lives of others still alive today.

Carbon County’s own Adriana Oman, who is employed at the Price Driver’s License Division, then shared her own experience with organ donation. She explained that 33 years ago, her mother received a kidney from one of her sister’s. Her mother was born with a condition that can be corrected in present day, but that was not an option in the past.

When her mother turned 32, she was informed that she would either need a transplant or to begin dialysis. Both siblings were tested to see if they were compatible and her eldest sister chose to go through with the transplant. Oman’s mother is now 64 and has lived with the other kidney for many years.

With this experience under her belt, Oman stated that she always encourages those that visit the Driver’s License Division and tells all that come through that a donor can save lives. Following these presentations, a brief question and answer session was hosted before closing the webinar. More information on becoming a donor may be found here. 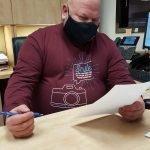 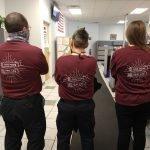 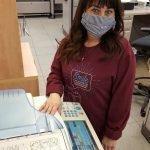