The Emery Spartan golf team pulled out a narrow victory Wednesday against Grand and San Juan in Moab.

Despite missing its three top players, Emery continued its dominance in Region 15 with a four-point win over San Juan at the Moab Golf Club.

Nevertheless, other players stepped up and kept the team’s undefeated season intact.

“Lydia Wilke and Tina Laccok hadn’t played varsity all year and yet they helped us out,” said coach Tom Hansen. “It was truly a team effort.”

Sarah Swasey posted a team-high 24. Alyssia Garrett was next up with a 22. Wilke and Lacock tied with 18. Sydney Timothy and Sabryna Mead posted 15 and 11, respectively, for a total of 82.

San Juan placed second with a 78 and Grand came in last after posting a 74.

The Spartans will take their momentum into the Region 15 championship Wednesday in Monticello. 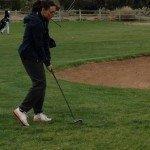 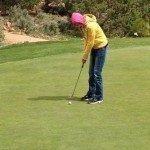 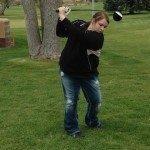 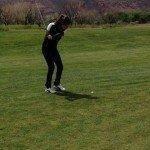 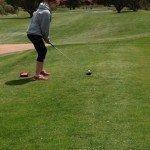