On Veteran’s Day in 2016, TougHer Gym hosted a special event that was deemed Sweat for the Vets. This event was geared toward raising funds that would assist past and present veterans as part of gym owner Alida Farlaino’s constant mission to help the local community.

Farlaino’s drive was noticed by FitCon, an event that takes place each year at the Salt Palace Convention Center in Salt Lake City. Much like any convention, this event covers all things fitness. While spaces for the event are usually pretty pricey for those that would like to present, TougHer Gym was approached and asked if they would like to host Sweat for the Vets during FitCon, free of charge.

Sweaxy, a dance exercise program that was created and certified by the women at TougHer, will also be presented at FitCon as a sort of launch party. Instructor Emily Olsen will be running this class during the event.

Another exciting factor at FitCon this year is that one of TougHer’s own members, local Teasha Greenwood, is going to compete in the Power Lifting portion of the event. After attending FitCon the year before and watching the Power Lifting, Greenwood became enthralled with the exercise.

Within six months of working on power lifting, Greenwood competed in her own competition and won.

“She didn’t just go and compete, she went and destroyed it,” Farlaino stated.

This year, FitCon is once again going to take place in the Salt Palace and is slated for April 21 and 22. There is still time to register to participate in one or more of the events by clicking here. 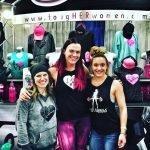 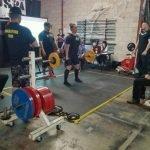 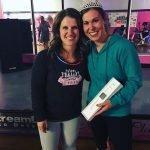 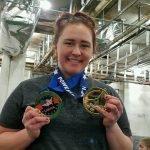 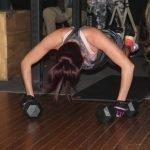 A Sweat for the Vets competitor