The club is able to accept children and teens from kindergarten to 12th grade. When club director Josie Luke first started, they were only able to serve teens, and she recalls the downcast feeling of having to deny parents that wanted their younger children to attend.

This summer, about half of the participants had already been in the program and half were new. To Luke, it was exciting to see that even after a year, new kids are still coming on. New kids have, in fact, signed up in the past few days.

The after school programs will begin on Monday, August 29. On Monday afternoons, the hours will be from 2 p.m. to 5:45 p.m. Tuesday through Friday, the club will be open from 3 p.m. to 6:45 p.m., offering children nearly four hours of club time.

The cost for the Boys & Girls Club is $20 for a year. However, if that is a burden for a family, the club does have the ability for scholarship members. Requirements are to fill out a paper to turn into the staff.

“I can’t wait to see the kids again, we’ve had such a fun summer,” stated Luke.

The spare time this summer has been spent wisely; with additions and improvements to the club. The teens will have their very own space on the basement floor with new equipment and supplies. The last step for the Teen Center to be complete is to lay carpet. The whole room has been re-painted with a color scheme of black, blue and white. A new projector and screen were placed in the room as well as a new virtual reality headset. There is also ping-pong, foosball and pool.

Tucker Anderson, a current college student, is a brand new teen staff member that is going to work closely with Deserae Stevenson to enrich the teens’ lives.

For the children’s section of the club, participants will enjoy activities on the main floor of the building. There are new tables and desks in the Power Hour room to accommodate the children. Six new computers have been installed in the computer lab that the children will be able to use for tech programs, homework and more. The children also have a game room that includes air hockey, foosball and a Lego table.

Luke is thankful for the summer, stating that it allowed the club to improve on equipment and spaces for the kids as well as looking at the programs to ensure that there is a solid balance of both academic and enrichment purposes for the members.

“As nice as it is to have time to organize, the whole place is different without the kids here,” said Luke. “When they walk through the door and you get to smile at them, greet them and find out how their day went, that just makes your work worth it.” 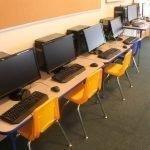 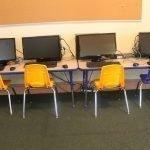 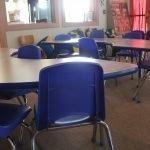 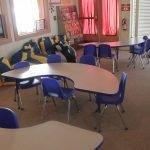 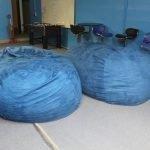 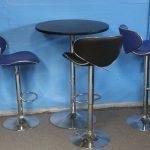 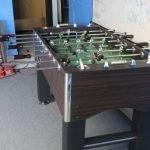