It would increase safety for bikers but, on the other hand, so many people park along the road. But then again are there that many bikers in Price?  What about encouraging people to do so?

Members of the community gathered at Price City Hall Wednesday evening at an open house where they were able to ask questions and express concerns or support for the proposed bike lanes.

The original idea for the lanes comes from the 2013 Price City Parks and Recreation Master Plan. At that time, the plan included the hopes of implementing a bike lane from the State Road 55, along 100 North to 300 East.

Utah’s Department of Transportation will be resurfacing a large portion of Price’s heavily traveled roads including SR 55 from Highway 6 down 100 North to 300 East, and then from Main Street to the highway.

During the process of resurfacing, the option was posed to include bike lanes from Highway 6 along 100 North to 300 East as such a time would be most opportune for such a renovation.

Lanes would be found on both north and south sides of the road and measure four feet wide with lane travel still being possible in both directions along 100 North.

The catch? Any on-street parking would have to be removed from 100 North to accommodate the lanes.

The public was invited to discuss the option of including the described lanes at an open house hosted Wednesday evening at Price City Hall. The event produced a multitude of opinions with several agreeing on the proposed lanes and others expressing their concern over them.

Those raising concerns included arguments such as the necessity of parking along the road for various homes and business, the question of the area is heavily traveled by bicycles, as well as the possibility of moving the lanes to another, less-traveled roadway.

“It would just be nice if Price had bike lanes similar to other cities,” one Carbon County resident stated who has lived in Price for three years after relocating from Salt Lake City.

The resident, who visits Salt Lake and bikes there using its lanes, continued to explain her support of the lanes and the safety she felt it would bring for those who would like the option of road biking.

Those who attended the open house were able to also leave written comment on the proposed lanes. Comments will be taken into account by city officials who will then present a plan to the Price City Council for a final vote on the project at a later date. 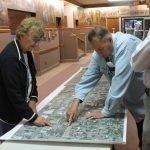 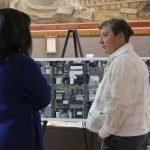 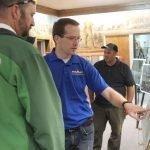 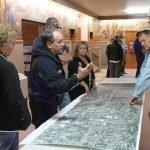 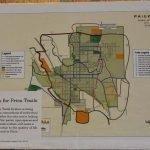