On 12-9- 16 just after midnight, Price City Police Officer Nick Parker stopped a vehicle near 400 S 400 E in Price because the vehicle had a revoked registration for not having insurance. Dispatch confirmed the revoked registration and that there was no insurance on the vehicle. This led to the discovery of a substantial amount of marijuana and methamphetamine, as well as various items of paraphernalia, including a scale, packaging materials for distribution, and syringes.

Officer Parker seized almost a pound of marijuana, and just over an ounce of methamphetamine. Officer Shawn Sackett assisted Parker.

Officer Parker arrested Ryan Scott Ferguson, DOB 5-4- 73 of Sunnyside, the driver and only occupant of the vehicle, and booked him into the Carbon County Jail on charges of Possession With Intent To Distribute Marijuana and Methamphetamine as second degree felonies, Possession of Paraphernalia as a class B misdemeanor, Driving On Revoked Registration a class C misdemeanor, and Driving With No Insurance a class B misdemeanor. The Carbon County Attorney will screen the reports to determine appropriate formal charges. 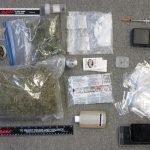 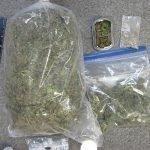 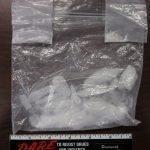 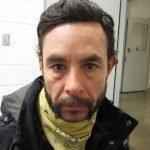