The accident occurred at approximately 11 a.m. Tuesday in front of Walmart and inflicted no serious injuries.

The accident on East Main in Price involved two vehicles, a blue Ford Taurus and a black Chevy Tahoe. The woman driving the Taurus was attempting to make a left turn from the Walmart parking lot onto Main Street. She failed to see the black Tahoe driving west when she accelerated.

The man driving the Tahoe tried to swerve to avoid a collision but inevitably collided with the car at approximately 25 mph.

The accident was minor and involved few injuries. The driver of the Tahoe was surveyed on scene. He claimed to feel fine and declined medical treatment. However, the woman of the blue car had obvious abrasions on her head and cuts on her hands. She was transferred to Castleview Hospital for medical treatment and was coherent when speaking to the police.

The driver of the blue car was cited for failure to yield.

Check out more photos from the accident below. 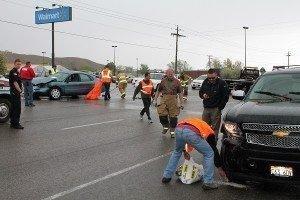 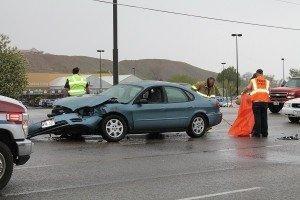 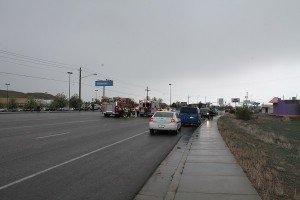