Last week, three young student volunteers from the USU Eastern LDS Institute worked on the Garden Collective that is located on 100 North and 300 East in Price.

These volunteers were sent by Frank Peczuh of Peczuh Printing to assist Gary Straquadine, USUE Associate Vice President for Technical Education in Southeast Utah and Professor of Agricultural Systems Technology, as well as Dr. Hencock Haile, who is the USU Eastern Medical Lab Tech (MLT) instructor. Dr. Haile worked to dig most of the holes for the eight fruit trees that were planted.

In addition, 13 planter boxes were refilled with new soil and a loam mix purchased from Howa & Sons on Carbonville Road. Cleanup took place to control the weeds and clear out any of the lingering trash that had collected. Not stopping there, the garden shed was cleaned and organized.

While the university has been growing vegetables in the USU Eastern greenhouse since January, they will begin the vegetable planting at the Garden Collective in early May.

“All the food produced in the community garden is washed, sorted and given to the Carbon County Food Bank. We don’t just talk about helping others – we do it,” stated Straquadine.

Straquadine also stated that while Price City Mayor Mike Kourianos usually helps out at the garden, and is a great garden worker, he was unable to be in attendance at this particular planting on Friday as he was busy working his day-job at the Huntington Power Plant. Straquadine has a lot of experience under his belt, as he has been operating a community garden in Price since the summer of 2016. 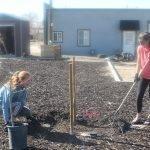 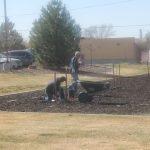 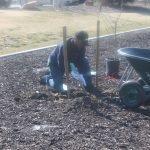 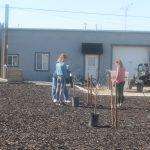 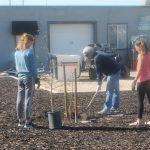 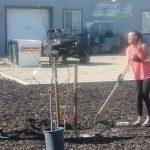 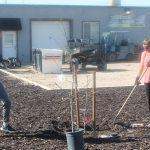