After winning second place in the American Welding Society Weld Trials in March, Jordan Packer, a junior welding student at Utah State University Eastern, will represent the United States in the WorldSkills 2022 Welding competition in Cleveland, Ohio in October.

“It is honestly hard to describe how excited I am to be representing my country at this level. This is a once in a lifetime opportunity and has been my entire life for the last year and half,” Packer said. “This will make me the first U.S. welding competitor to compete on U.S. soil in 30 years.”

Austin Welch, Assistant Professor of Welding at USU Eastern, stressed the significance of Packer’s achievements and the importance of his competition at WorldSkills.

“For Jordan to achieve what he has – to have been selected to represent the United States at WorldSkills – he had to completely devote himself to accomplishing one single goal,” Welch said. “For the past year, Jordan has spent a minimum of 60 hours per week practicing, as did many others who Jordan defeated to earn this privilege. ‘Hard work’ is an insignificant way to describe the sheer magnitude of what it took for Jordan to get where he is. There have been a total of 16 WorldSkills welding contestants from the United States since 1991; Jordan’s current position as a welding contestant at WorldSkills is more exclusive than any Olympic event. There is one spot, and one spot only. A higher level of competitive welding does not exist.”

While Packer has been welding at the competitive level since his sophomore year of high school, the Provo native grew up on a farm and was around welding and metal work his entire life.

“During my freshman year of high school, I took on the challenge of restoring a 1941 Ford 9N tractor,” he said. “By the end of my freshman year, I needed to do some welding on this tractor and begged my dad to teach me how to weld. I fell in love with it the first time I struck an arc, which led me to take a class sophomore year of high school and was completely hooked.”

During the weeks leading up to the WorldSkills competition, Packer will put in at least 90 hours of practice per week, both working on his own and with other welders, including Chandler Vincent, United States Weld Expert.

“The criteria Jordan is held to is infinitely stricter than anything we would refer to as an ‘industry standard,’” Welch said. “Some of the criteria is so absurdly strict that it is debatable whether or not it is even possible to satisfy by any welding process or technique that currently exists, yet he is still held accountable for it. The quality of his work is at such an elite level that some of it exceeds what even modern automated (robotic) welding equipment is capable of. I could describe him as the ‘Babe Ruth of welding,’ but that’s not really accurate. He’s better than that.”

Packer is committed to his rigorous training and motivates himself with the motto, “make it worth it.”

“We can’t control everything that happens to us, but we can control how we react to it,” he said. “Whether it’s heartbreak or loss or even if it’s a less than desirable circumstance we are stuck in, we have to make it worth it. Make feeling that pain worth it. Make that bad circumstance into a good opportunity. Live life to the fullest with the hand we are dealt and make it worth it.”

Packer has one more semester at Eastern and will be graduating with an associate of science and an associate of Applied Sciences in Welding. After completing his degrees, he will transfer to Weber State University in Ogden, Utah, to pursue a bachelor’s degree in Manufacturing Engineering with a welding emphasis.

Packer plans to start his own business and hopes to give back to the welding community he said gave him support, connection and opportunity for growth. 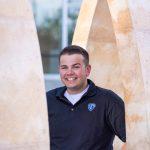 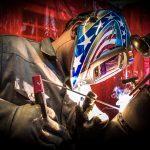 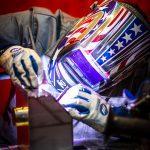 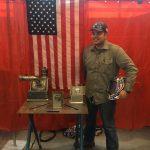