USU Eastern defeated the College of Southern Nevada Coyotes by a score of 84-44. Warburton was honored after the game with special tribute while receiving an honorary plaque and banner by USU Eastern Athletic Director Scott Madsen.

“This is such a great milestone in Chelsey’s career. She has worked so hard to get to this point,” said Madsen. “Chelsey is a top level coach that we are lucky to have. She has been a key person in getting the athletic department to where it is today. I couldn’t be happier to have her in this department.”

Following the game, Warburton’s team presented her with the game-winning ball to commemorate the milestone.

Freshman forward Brooklyn Palmer had this to say about her coach, “I came to play at USU Eastern because of the amazing coaches that are here. I have loved being coached every day by Coach Warburton,” said Palmer. “I have felt like I’ve improved on the court so much as well as off the court as a person. She leads by example and by how she coaches. She is supportive and always looks for ways to help you grow as a player. I am proud of her for this amazing milestone; she definitely deserves it.”

Warburton took over the program from longtime coach and mentor Dave Paur in 2015. She earned her first regular-season victory against Casper College on Halloween night that year by a score of 74-71.

During Warburton’s six-year career as head coach of the Lady Eagles, she has improved the program’s win/loss record and now sits at a 100-73 (.588) record overall. In 2019, she led the team to a program best 24-6 record as her team claimed co-champions of Region 18 in the Scenic West Athletic Conference. Her leadership has produced two All-American athletes and numerous All-Conference honorees.

“What a special night to end with at home,” said Warburton. “I am grateful for Coach Mo, Coach Paur and the talented players who have been a part of this journey with us.”

It is also important to note that coach Warburton’s assistant and sister, Morgan Warburton-Nelson, has been by her side for all six seasons and has been instrumental in the success of the program. 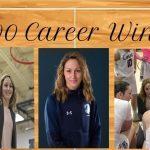 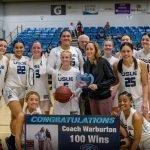 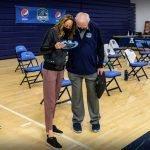 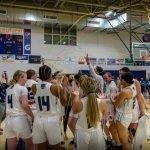 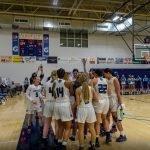 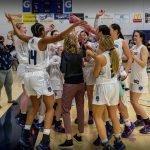 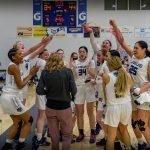 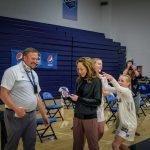 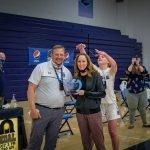 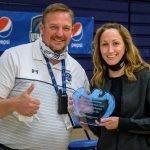 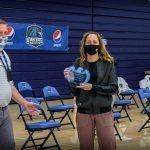 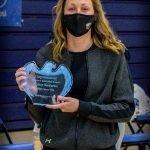 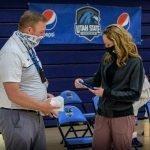 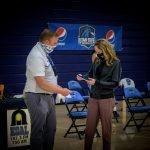 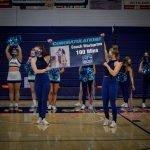