Is it possible that Carbon County could be a great place to film a motion picture, independent film or documentary? Those are some of the questions that the Utah Film Commission is helping to answer. They recently teamed up with the Carbon County Office of Tourism to visit some locations throughout the Corridor to add to their current database.

The Utah Film Commission is committed to working alongside communities, large and small, to ensure they have the resources available to support film production in their regions. Productions filmed in the state have both a creative and an economic impact through spending at local small businesses, creating jobs for Utah residents, and encouraging visitors to see where their favorite films were shot. The Utah Film Commission is always looking for more Utah locations to add to their Film Locations Database.

“It was great for our team to do some location scouting in Carbon County to highlight some of the unique assets in that area, including Helper’s revitalized Main Street, the renovated Theatre Department at USU Eastern in Price and the picturesque Tavaputs Ranch. Utah has a lot to offer filmmakers, and we’re always looking for diverse locations around the state,” said Virginia Pearce, Utah Film Commission Director.

Carbon County Tourism Specialist Tina Henrie stated, “We thought partnering with the Film Commission would be a great opportunity to highlight a lot of the great places we have in our area and we encourage anyone who is interested in having their assets added to the data base to reach out to the film commission.” Henrie continued, “We are very excited to see what film opportunities we have the potential of hosting in the Carbon Corridor.”

To learn more about how to list a property as a filming location, visit https://film.utah.gov/blog/film-location-listing/. 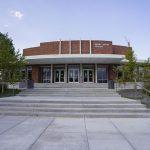 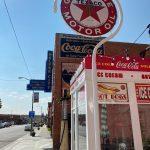 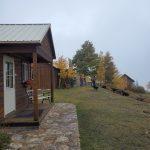 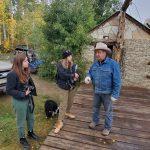