Raising fees on Price residents does not sit well with the Price City Mayor or the council. However, with both Rocky Mountain Power and ECDC implementing rate increases, the Price City Council had little choice but to pass those increases on.

Earlier this year, ECDC disposal plant also requested a rate increase from Carbon County at 4%. Price City now has to pay that increase to dump the garbage collected within the city. They are increasing rates to pass that cost to the consumers. It equates to nine cents a can.

Finally, there was a resolution to establish an electric distribution system recovery fee. This is to pay for upgrades, improvements and repairs to the electrical grid within the Price City power system. Areas that are being upgraded include the Coves, Sagewood, Crestwood and the line across from the fire department. Some of the work has already been completed and the fee will be removed after the repairs are completed and paid for.

Public Works Department looked at several ways to minimize raising rates and presented those options to the city council. The council felt the resolutions passed were the most cost effective way to handle the situation and they expressed an understanding that raising fees is one of the least desirable tasks on any city council agenda.

In other business, Chad Larsen of Boy Scout troop 296 approached the council during the public comment period of the meeting to speak about his purposed Eagle project. The project would entail installing park benches at Washington Park next to the playground equipment. Mayor Piccolo said it looked like a worthwhile project, but reminded Larsen he had to be on the agenda for the council to vote on it.

Road Maintenance Supervisor Scott Olsen filled in the council concerning the work done to dredge the Price River channel by 100 North and SR 55. This was a joint project with Carbon County and should alleviate much of the flooding on the Price River Trail. Olsen praised the county workers who helped with the project and provided the heavy equipment that Price City does not own. 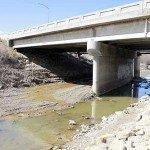 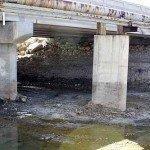 The area was widened with a joint effort between Price City, Carbon County and some funding from U-Dot 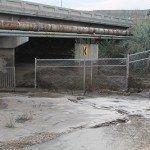