Bill grew up in East Carbon/Sunnyside, Utah. He joined the Army at the age of 17 and was stationed in Germany. Bill loved his family; he considered his step children as his own. He was a very hard worker; he always worked two jobs. He worked as a manager at Carls Jr and drove the city sanitation truck for many years until he retired.

Bill had a passion for the Denver Broncos, and Oklahoma Sooners and the Thunder. His favorite thing to do was call up his Utah family and say, “looks like a storm about to hit” when the Thunder would play the Jazz. Bill loved to play fantasy football; it was not uncommon for him to have four fantasy teams during the football season.

Bill requested to not have a service; he just wanted the family to get together on his behalf at their convenience. 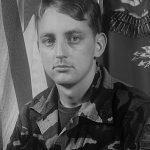