A winter storm hit the area on Thursday, slicking the roads and impairing vision, making for precarious driving conditions.

With the elements being what they were, an accident occurred in front of Scoville Chiropractic on Highway 55 at approximately 4:50 in the late afternoon as a white truck slid off of the road.

Price Fire Department and other first responders such as the Price City Police responded to the accident. AJ’s Paint and Body was also requested for a tow.

Early reports stated that one female was injured and the air bags were deployed. Traffic was directed around the accident as crews assisted at the scene. Continue to check with ETV News as information is made available. 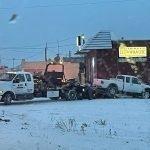 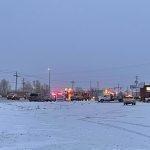 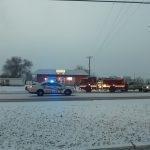