Two hardworking teammates from the Green River High School (GRHS) Lady Pirates basketball team made it on the Academic All State list.

Morgan Bastian, #4, is a 17-year-old senior at GRHS and the daughter of Tyler and Mistie Bastian. Bastian stated that she has one sister who is an awesome role model for her. Along with basketball, she enjoys playing volleyball and golf, crediting golf as her favorite sport out of the three. She will be attending Southern Utah University in the fall of 2021.

Talynn Lovato, #22, has played four years of varsity basketball and volleyball and is also the student body president. She has been a part of student government for three years. Lovato received an academic scholarship to Snow College with full tuition and she plans to pursue a career in occupational therapy.

“I enjoy helping and working with others,” Lovato concluded. 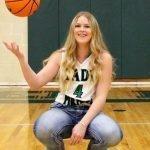 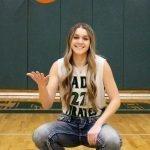