At approximately 6:30 p.m. Wednesday evening on I-70 near mile post 163, an eastbound Toyota 4Runner lost control due to roadway conditions. The 4Runner hit the Green River bridge guardrail, causing it to spin into the middle of the river bridge where it came to a stop.

There were 4 semi-tractor trailer vehicles and 5 passenger vehicles involved in the accident.

Three patients were taken to St Mary’s Hospital in Grand Junction, Colorado with various injuries. One patient was in critical condition. Several other people were transported to the Green River Medical Center for treatment. 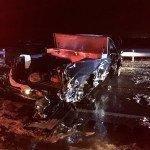 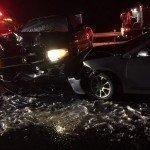 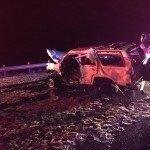