Both Carbon and Emery journeyed over the mountain on Wednesday to take on Manti and several surrounding schools. In the relays, the Lady Spartans started off strong by edging out Carbon for first in the 200 medley. Emery found its way to first again in the 200 free, once more beating out Carbon by just three seconds.

In the boys’ 200 free, the Black and Gold stood on top for a third time, with Carbon just two seconds behind in second. The Lady Dinos answered back with a win in the 400 free, but Emery knocked off Carbon on the boys’ side in the same event.

There were many individual standouts throughout the meet. First in the girls’ 200 IM, Dino Mia Crompton finished in first with Evie Halk in second. Then, Alyssa Chamberlain (CHS) took first with Aubrey Guymon (EHS) in second in both the 50 and 100 free. Meanwhile, Crompton would finish third in the latter event.

Ada Bradford (CHS) ended in first in the 100 back with Halk in third. Bradford also came in second in the 200 free as did Melody Lake (EHS) in the 100 fly. Lake would later finish first in the 100 breast. In the 500 free, Lindsie Fausett (CHS) took second with Ellie Hanson (CHS) in third.

In a very competitive meet, the Lady Dinos pulled out the victory with 328 points. Millard came in second with 301 followed by Emery in third with 276.

In the boys’ races, Gabe Ibanez (CHS) was back to his winning ways in the 200 free with teammate Nathan Engar in second and Kade Larsen (EHS) in third. Another winner was Will Stilson (EHS) in the 100 fly while Logan Kranendonk (CHS) came in third. Stilson would also go on to take third in the 100 back.

Jacob Fauver took first in the 100 free with fellow Spartans Tyler Frandsen in second and Bryant Durrant in third. Fauver also had a second-place finish in the 200 IM while Durrant (EHS) came in third in the 50 free. In the 500 free, Alex Frederick (EHS) took second with Engar in third. In the final individual race of the day, Parker Jensen (EHS) came in first with Leland Kepsel (CHS) in third.

After all the points were tallied, Emery stood alone in first with a score of 346. Millard was next with 286 followed closely by Carbon with 282.

Full results from the meet can be found below. 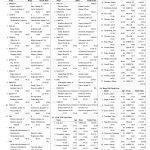 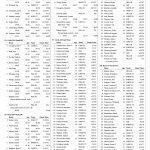 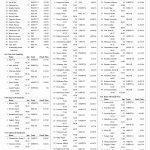 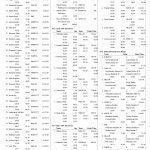 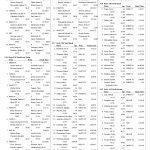 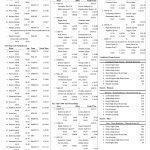