The Carbon County Commissioners were visited on Wednesday evening by a group of youngsters from the Castle Country Livestock Show for a warm thank you.

Each child took a turn to highlight the livestock show, beginning with the statement that it was an amazing show with 75 kids from Carbon and Emery competing. There were 16 participants that showed sheep and 33 in goats. Thirty participants were present to show in pigs while there were 17 in steer.

Most participants showed more than one animal and even multiple species. There were 24 beef, 55 hogs, 30 sheep and 66 goats that went through the market class at the show.

They were able to hire a judge from Colorado that received judging education and has judged many livestock shows. This particular judge did not personally know any the children that were participating.

“With your guys’ help, we were able to give out 49 buckles,” the show participants shared.

The commissioners were then each given a special hat as a thank you for supporting the show and the children took time to show off the buckles that they were awarded.

“We were glad to be able to help you kids out and we’re glad it was successful,” stated Commission Chair Tony Martines. 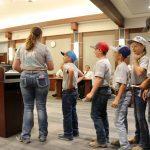 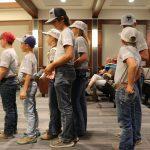 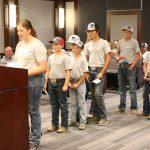 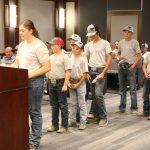 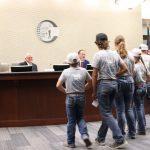 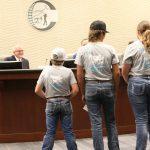