Carbon County looks forward to the annual demolition derby at the Carbon County Fairgrounds each summer.  Many, though, may not understand how important the event is to those who put on the show.

The demolition derby is the largest fundraising activity for the Carbon County Search and Rescue team. The team is comprised of well-trained volunteers who are ready to help those in difficult situations. This year’s derby will be on June 22 at the fairgrounds.

Originally started by a group of men who called themselves the “Jeep Patrol,” the organization has evolved into a team of specialized volunteers ready to spring into action at a moment’s notice.

Recently, they were contacted in the middle of the night to rescue a group of stranded hikers.  If the team hadn’t been trained and equipped correctly, the rescue could have turned out quite differently.

On April 17, a group of boys and two adults headed up Hardscrabble Canyon in Helper for a hike and to shed hunt. They eventually found themselves ledged and unable to get back down the mountain. With darkness approaching and the temperature dropping, they frantically made contact with 911.

The Carbon County Search and Rescue team was contacted to assist in locating the group. None of the boys were dressed for a cold night on the mountain and hypothermia was a distinct possibility.

As the team began to assemble, Helper resident Tony Collins saw the commotion and said he knew the area and volunteered his services. Search and Rescue Commander Tony Koss felt that Collins would be an asset considering the team hadn’t any experience with the terrain, especially in complete darkness.

Paul Metelko, Billy Vigor and Kyle Fox began the ascent from where they thought the group began its climb. They could see a campfire of the lost hikers, but the climb remained treacherous.

The team carried packs full of high-angle rescue gear, including ropes, helmets and harnesses. This was in addition to water, snacks, first aid gear and other items they might need for the long night.

“It was a physically demanding and punishing hike, but we had to push hard because there were kids involved,” said Metelko.

Another team consisting of Zach Wise, Levi Jensen, Jason Bennett headed up with Collins up another side of the ridge. They were not able to see the fire, but could smell the smoke.  In addition to Collin’s knowledge, they used GPS coordinates and maps from their phones to see what the terrain looked like in the daylight.

Every step was treacherous, with three sets of ledges between the team and the stranded hikers. Yelling back and forth with the boys as they closed in, rescuers assured them help was coming. After backtracking for a time, the team finally reached the stranded. Rescuers carried coats as well as additional supplies. A night spent on the mountain looked like a possibility.

Once the two search and rescue teams were united, finding a way down the mountain was the next task. The team that came up the Hardscrabble route knew going back down was not an option. Collins felt he knew a trail that would be somewhat easier for the boys. None of the stranded hikers were equipped to make it down steep descents that might involve technical climbing.

All involved carefully and slowly made their way down Peerless Canyon guided only by headlamps. Fatigue added to the danger, as the terrain remained difficult to maneuver. Rest breaks were taken frequently. Miraculously, no injuries were sustained as they made their way down the unforgiving environment in the dark.

Koss could not say enough about the team and how it performed. He was also happy that this was a rescue and not a body recovery.

Carbon County’s very diverse terrain forces team members need to be certified as divers, high-angle rescue, ice rescue, swift water rescue, man tracker, ATV’s and snowmobile operation, which require an extensive array of equipment and vehicles. Some grant funding is available, but most of the training and equipment costs come from money raised at the annual demolition derby.

Each member is required to attend 20 hours of training a year, attend at least eight out of 12 meetings and participate in at least 50 percent of each rescue. This requires days away from families and using many personal vacation days.

To be a member you must be sponsored and voted in by current members. Even then, newly elected members are on probation for one year. Koss mentioned to Collins after the rescue that he might think about joining. On May 21, Collins became one of the newest members of the Carbon County Search and Rescue family.

“Collins did such a good job that night,” Koss added. “We are glad to have him be on search and rescue.” 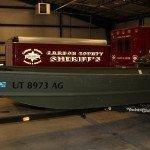 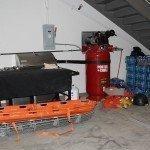 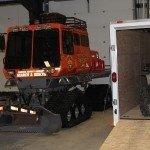 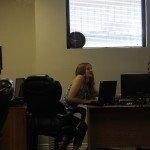 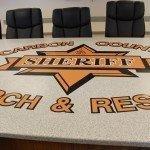 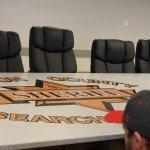 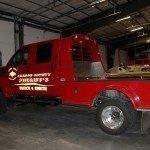 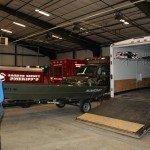 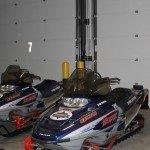 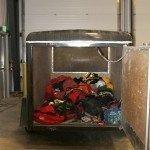 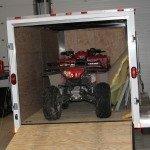 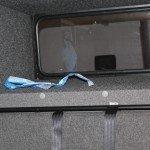 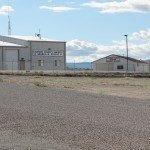 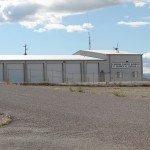 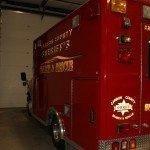 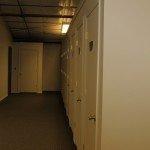 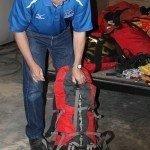 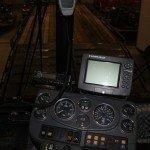 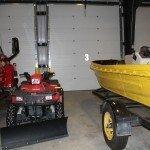 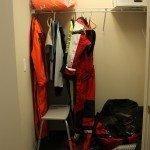