Jeff Wood is a man with many titles. He is an outstanding citizen, loving husband, father, grandfather and Carbon County Sheriff. At the Carbon County Commission meeting that took place on Wednesday evening, Wood was given another title: employee of the month.

Wood was nominated by Carbon County Recreation Director Frank Ori. According to Ori, there were many reasons why he nominated the local sheriff. However, one that stood out in his mind was the hard work that Wood put forth in raising funds for the Mike Ballard Tournament Fundraiser. Sheriff Wood went door to door on foot and ended up raising about $3,000 on his own in just a couple of days.

“He’s doing things you normally don’t see a sheriff do; the things that he does are above and beyond the duties of a sheriff,” Ori said.

In addition to being sheriff, Wood volunteers, coaches a softball team and more. The commissioners commended Sheriff Wood, stating that it’s not a secret what an asset he is to the community. Sheriff Wood accepted the award and took time to thank the commissioners and the rest of the county.

“I’m honored to be the sheriff, I feel like I’m blessed to be in this position,” Sheriff Wood stated. 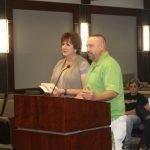 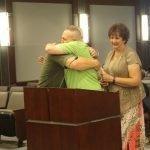 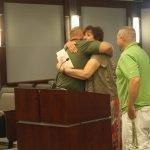 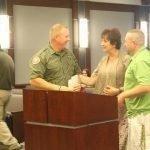 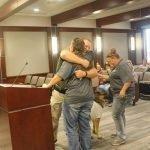 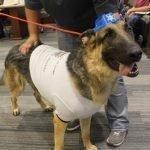