Price City Councilman Layne Miller opened the city council meeting on Wednesday evening with the safety seconds, which are presented by a different member of the council, or the mayor, each meeting.

He stated that the weather is finally beginning to improve and there will surely be an uptick of motorcyclists, bicyclists and pedestrians in the community. He wished to remind all to keep their eye open as many will be out and about, emphasizing extra caution to drivers and recreationists.

Mayor Mike Kourianos also pointed out that there will be many utilizing the new Bird scooters that have recently graced the Price City streets.

During the meeting, there was also the consideration and possible approval of the appointment of Chris Wood to fill an interim vacancy on the Price City Planning and Zoning Commission. Nick Tatton explained that Jade Powell recently moved outside of the city limits and had to resign from the commission.

Tatton said that Wood had an interest and that he would highly encourage this appointment. The appointment was approved by the council before Price City Recorder Sherrie Gordon conducted the oath of office ceremony. 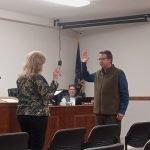 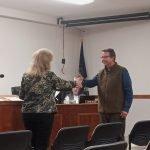