East Carbon Police Sgt. Philip Holt reported that officers were called to a location within the city on Monday evening.

This call was due to a domestic situation that had taken place between a male and female. It was stated that during the investigation, controlled substances, a significant amount of cash and paraphernalia were all seized.

Sgt. Holt reported that this amounted to approximately ten pounds of marijuana, 1.3 pounds of methamphetamine, nearly $60,000 in cash and several firearms.

The East Carbon PD were assisted by the Price City Police Department (PCPD), Metro Drug Task Force, the Carbon County Sheriff’s Office and K9 Bas in this situation. The investigation is ongoing.

The PCPD urged all to continue to phone in drug tips to the Carbon Metro Drug Task Force at (435) 637-TIPS. They will call back if requested or a message can be left. 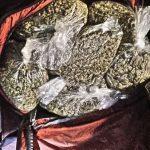 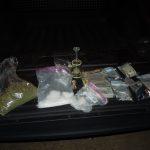 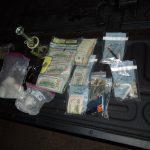 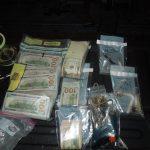 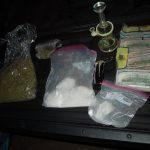 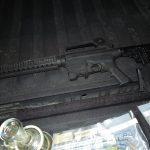