Carbon High School FCCLA members recently made the decision to host a food drive that did not pertain to any holiday season.

The students decided that, while many food drives are hosted throughout the holiday season, the other times of year are often ignored. The Dinos had a goal to gather one ton of food during the drive, which began on Jan. 31 and ran through Feb. 6.

In the end, nearly 1,000 cans were gathered during the drive, which equaled to about half of the members’ goal. While the goal was not reached, these donations will go toward assisting many families in Carbon County. 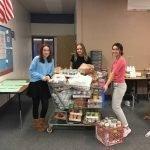 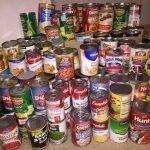