The beginning of 2022 brought many new faces to Wellington City, including Mayor Brad Timothy, who has lived in the area for all 67 years of his life, excluding a brief six months when he worked in Alaska.

Mayor Timothy has been married to his wife for 46 years and together they share four daughters, 12 grandchildren and two great-grandchildren. He worked in the coal mines for 38 years before retiring and now, in the summer, works delivering irrigation water on the Carbon Canal.

Mayor Timothy was sworn into his four-year position on Jan. 3. He stated that one of his first plans is to attempt to bring the city back together as it seems like there has been some separation taking place. Timothy also hopes to assist in establishing businesses in Wellington and is working with one right now that may employ nearly 300 individuals.

In looking to the community, the mayor plans to bring everyone together with fun events such as the annual easter egg hunt and Pioneer Days, both hosted in the city’s park. When asked to give a message to the community, Mayor Timothy spoke on coming together.

“How much each one of them, not just the mayor, is needed in Wellington,” he stated.

In speaking about the city council, Mayor Timothy stated that it is not about the individual, but the team. He emphasized that not one of them is any more important than the other and the council needs to work together and recognize other’s opinions. He also stated that any members of the community that has questions should reach out, as he cannot solve problems he does not know about.

Looking forward, the mayor spoke on a large water and sewer project that is slated to begin this spring, which will involve replacing the older lines. There have been many breaks in the lines recently and the mayor stated that it was time, emphasizing that this is a project he is excited about. 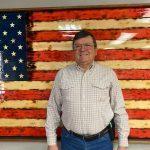 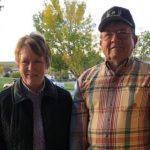