There are registered nurses that work in this program, which have been employed at the Southeast Utah Health Department (SEUHD) for nearly three years. The nursing director was approached by the Office of Home Visiting a number of years ago following a risk assessment in which it was determined that a local need was prevalent.

This was determined by the number of premature births, families that were addicted to opioids, high tobacco use and more. The health department was approached about becoming an affiliate level program. Following an assessment of the pros and cons, a grant was applied for and received.

One strength, at the state level, is that the parent educators, or home visiting teachers, are nurses. For this area in particular, Anderson stated that it works well to have nurses. There are two full-time nurses, Mathews and Amy Ruggeri, in the Price office, Jesse Jewkes in the Emery office and Jill Gordon in the Grand County office.

Families qualify by being low income. Those that are on the Women, Infants and Children (WIC) program or Medicaid automatically qualify. Other risks are tracked, such as children or parents with disabilities, mental health issues or any abuse. A number of criteria qualify families for the program.

They are now approaching a waiting list for the Carbon and Emery offices and anticipate a full program next month. From there, families that want to join will either be put on a waiting list or offered a virtual visit. Through PAT, there are also group connections where families can gather and work on a skill.

“We focus on attachment, health, literacy and strength-based parenting,” said Anderson. “Our most recent group connection provided CPR and first aid classes to our families.”

In 2021, PAT served 61 families and 89 children. PAT covers mom’s prenatally until the child is entering kindergarten, which is usually around the age of five. They request that if families are interested in being part of the program, they remain involved for at least one year. Most families, about half, have been involved for almost two years.

None of the services utilized through Parents as Teachers are charged to the families and there are possible referrals to other programs, such as early intervention. 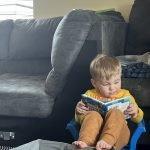 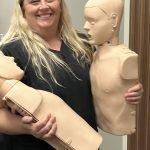 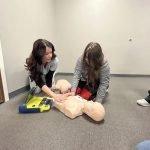 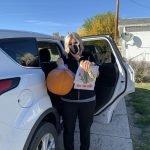 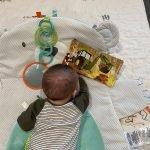 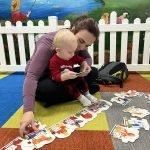