Carbon Emery MX has been working to bring much-needed, lasting improvements to the Carbon County motocross track. As part of this, a public meeting was hosted on Friday evening at the county event center and via Facebook Live beginning at 6 p.m.

The current board consists of a number of members, including Nick Parker, John Powell and Shane Weybright. One of the goals of Carbon Emery MX is to act as an advisory board for the Carbon County Commission in regard to the track. They wish to provide a family-friendly facility while also working with private promoters, making the track enjoyable for anyone that visits.

There is also a goal to take some of the burden away from promoters and make it attractive for them to host races in Carbon County. There is also discussion on creating a club to garner funds and keep the track going while also utilizing nonprofit organizations such as Desert Thunder Raceway, of which Weybright is the foundation president.

Discussion then turned to labor and in kind donations. It was stated that the biggest issue at hand is the need to determine who is willing to volunteer time and who is willing to put in the work. The plan is to expand the board with two more members as well.

Sign up sheets were distributed during the meeting for volunteer hours and specifics were discussed on how volunteers would operate. It was explained that it is of great importance to track the volunteering for the grant as well as equipment hours. The board members will be responsible for the paperwork.

Looking toward community awareness, Carbon Emery MX has signed up to be part of the annual St. Patrick’s Day parade that takes place on Price City’s Main Street. The board hopes to raise awareness and garner interest through this popular community event.

The club and memberships were then discussed briefly, with Parker stating that by the next meeting, they hope to be more formal and have more information. Though there will be a club, there was assurance that the track will remain open and free to the public.

Possible benefits for club members were then addressed, with the board searching for ideas on how to make the membership worthwhile and unique. Ideas were discussed, such as possible trainings and discounts. Scott Wheeler expressed that all those that wish to be involved should be able to take pride in their efforts to improve the track.

“You get a lot of satisfaction out of doing this, by giving,” said Wheeler.

Wheeler then stated that area youth need high-activity things to do and not everyone is a basketball player or debate student. He said if they can organize things that benefit the club, they should also look at this as an opportunity to help the society and community be better.

A gentlemen in attendance at the meeting that is not originally from the area stated that when he was younger, he always looked forward to racing in Price because of the community. He said he never had to worry as the track was well-maintained and there was good community support. When he heard about what Carbon Emery MX is working to do, he was eager to jump in and give his support. He also stated that by building the track, it will also build the community and pride within the community.

Carbon County Commissioner Tony Martines, who was in attendance during the meeting, said that he is really proud of those involved and that he is excited about showing people what the community can do. The commissioner also shared that the county is there to support however it can.

Those in attendance also spoke about possibly reviving the peewee track and some easier tracks to provide a training ground for new riders. The meeting received great feedback, including from those that were only able to attend online, who expressed the desire to also volunteer. In addition, there are many individuals from other areas that know about the track and are excited to see what is in store. 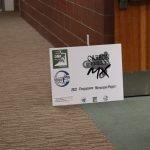 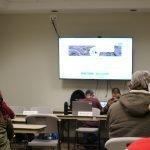 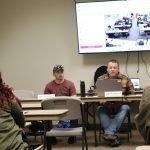 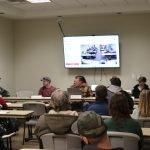