According to the Utah Highway Patrol, the incident occurred on US 6 at mile post 192 when a semitruck containing paper products caught fire at 3:38 a.m.

“For an unknown reason the trailer caught fire and began to burn,” the Utah Highway Patrol shared. “The driver pulled over and unhooked the trailer from the tractor and pulled it a safe distance away.”

According to reports, the trailer fire caused some power lines in the area to fall across the road. The fire department was unable to put the flames out until Rocky Mountain Power could respond to turn the power off to the lines that had fallen.

The highway was temporarily closed before authorities reopened one lane to one-way alternating traffic. The alternating traffic routine continued until approximately 9:15 a.m. when the Utah Department of Transportation reported that the incident had been isolated to the shoulder of the highway and all lanes were reopened. 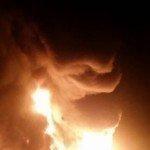 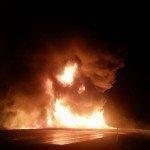 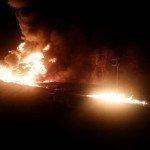