Henrie explained that this nomination for Taco Time is the first time that an entire crew was put forth and voted in. The nomination highlighted the employees, stating that they are always friendly, efficient and deliver the food in a timely manner.

Continuing, staff members were praised for being very inviting. Henrie spoke on how Taco Time has been in the area for a long time and when she speaks to those that are out of state that are planning a visit, they are always eager to come back and enjoy Taco Time.

Henrie then said that though the building is up for sale, she hopes that Taco Time will continue there once it is purchased. She expressed her appreciation to the staff members and presented them with the award and certificate.

Commission Chair Casey Hopes remarked that the line at Taco Time is always quite long and said that it speaks volumes about the quality of the food. 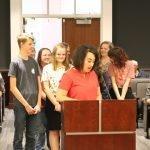 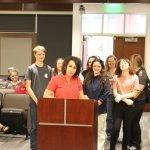 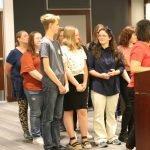